Staying At The Forefront of Salon Technology – with Salon-iQ 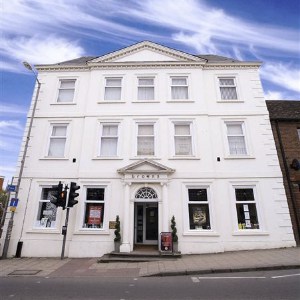 As far as family-run businesses go, Browns Hairdressing Group is a force to be reckoned with. Founded by Sally Brown 36 years ago, the group has become incredibly successful with two hairdressing training academies and seven salons in Olney, Buckingham, Harpenden, Stony Stratford, Stamford and Market Harborough. As the business expanded, it became increasingly obvious that an automated appointment centre was essential in keeping on top of client appointments.  Fortunately, Salon-iQ (formerly i-Salon) came to the rescue and Browns became one of their very first clients.

Browns Director Harry Brown explains: “We needed to be able to book appointments in salon or at our appointment centre and for each booking to be seen immediately on both systems to avoid booking errors.”

Salon-iQ’s David Levine and his team introduced a booking system and email marketing so Browns could keep in touch with clients, remind them about booked appointments and incentivise them to return.

Harry says: “It was great that someone was listening to what salons needed and built a system that could deliver what we wanted!”

Browns has remained with Salon-iQ every step of the way and now has an appointment centre that is fast and easy to run.

“The bookings are simple and effective and the financial reports are easy to understand,” adds Harry. “We find we’re saving time and running more efficiently because the Salon-iQ system is quick and easy and doesn’t crash!  It’s also incredibly convenient to be able to log in and check what’s happening in the salons any time, anywhere.”

Of course, there is so much more to Salon-iQ’s salon software than call centre technology, online booking and automated marketing.  The team at Browns are delighted with two of the latest innovations – the star system and the red flag system – which visually highlight whether team members and salons are on track.

The star system is a way of targeting the team on performance. Key performance indicators such as client count, rebooking rate and retail sales can all have targets set against them.  When a team member hits his or her target, they get a star.  They can earn up to six stars in any set period, which can then be rewarded.

Harry says: “We love the star system and the red flag system. It’s clear to see who’s on track which makes it useful information in our one to ones with staff.”

With Browns planning to expand with an eight hair salon opening in Towcester in September 2016 and a move into beauty salons, they are looking forward to remaining at the forefront of technology – with Salon-iQ firmly by their side.

Curious to Find Out More about SalonIQ – Take Action Now

Sign up to receive the latest best practices, news, and product updates.

Want to know more about SalonIQ?